SPOTLIGHT: 'On the Island' by Tracey Gravis - Graves Today I would like to welcome Tracey Gravis - Graves Author of one of my Fav. Books "On the Island" I enjoyed reading this book so much that I decided to approach Tracey about doing a blog Visit here.


Not only did Tracey say YES, but she is here today bearing gifts and will be giving away 1 signed copy of "On the Island" and 2 smashbook Coupons.


News Flash: Tracey has just notified me that MGM has optioned On the Island for a feature film. OMG! 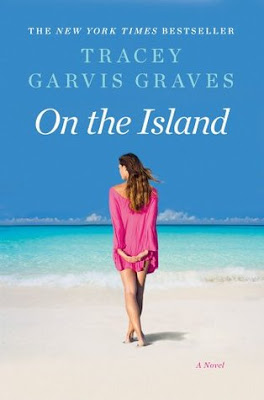 Book Blurb
When thirty-year-old English teacher Anna Emerson is offered a job tutoring T.J. Callahan at his family's summer rental in the Maldives, she accepts without hesitation; a working vacation on a tropical island trumps the library any day.

T.J. Callahan has no desire to leave town, not that anyone asked him. He's almost seventeen and if having cancer wasn't bad enough, now he has to spend his first summer in remission with his family - and a stack of overdue assignments - instead of his friends.Anna and T.J. are en route to join T.J.'s family in the Maldives when the pilot of their seaplane suffers a fatal heart attack and crash-lands in the Indian Ocean. Adrift in shark-infested waters, their life jackets keep them afloat until they make it to the shore of an uninhabited island. Now Anna and T.J. just want to survive and they must work together to obtain water, food, fire, and shelter. Their basic needs might be met but as the days turn to weeks, and then months, the castaways encounter plenty of other obstacles, including violent tropical storms, the many dangers lurking in the sea, and the possibility that T.J.'s cancer could return. As T.J. celebrates yet another birthday on the island, Anna begins to wonder if the biggest challenge of all might be living with a boy who is gradually becoming a man.


Quotes from the book:
“[T.J.] If she had gotten sick, the only thing I could have done was watch her suffer. Bury her next to Mick when she died. I didn’t know if I could make it without her. The sound of her voice, her smile, her– those were the things that made living on the island bearable. I held her a little tighter and thought if she woke up I might tell her that. She didn’t though. She sighed in her sleep, and eventually I drifted off.”
― Tracey Garvis-Graves, On the Island

“[Anna] In February, I woke up from a nap. A bouquet of flowers gathered from the various bushes and shrubs scattered around the island lay on the blanket beside me, a small length of rope wound around their stems.
I found T.J. down at the shore. “Someone’s been checking the calendar.”
He grinned. “I didn’t want to miss Valentine’s Day.”
I kissed him. “You’re sweet to me.”
Pulling me closer, he said, “It’s not hard, Anna.”
I stared into T.J.’s eyes, and he started to sway. My arms went around his neck and we danced, moving in a circle, the sand soft and warm under our feet.
“You don’t need music, do you?”
“No,” T.J. said. “But I do need you.”
― Tracey Garvis-Graves, On the Island

Tracey thank you so much for taking the time to answer a few of my questions and also for the Great Giveaways.

Sara:  Can you tell us a little bit about yourself? 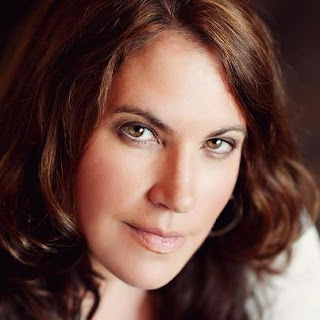 Tracey:  I'm married and I have two children plus a really hyper dog that I spend a lot of time letting in and out. When I’m not writing or hanging out with my family I like to curl up with my Kindle; it’s one of my most prized possessions. Add a glass of wine and I’m instantly in my happy place.

Sara: When did you first start writing? Did it take a long time to get your first book published?

Tracey:  I’ve always been interested in writing and took a few fiction writing classes in college. I started blogging in 2008 and decided to try my hand at novel writing in 2010. I self-published On the Island after querying 14 agents and receiving 14 form rejections.

Sara:   How do you conceive your plot ideas? How do you get inspired for it?

Tracey:  Usually I write the idea that I *can't* get out of my head. A premise will take hold and my subconscious will play around with it for a while. If I can't stop thinking about it or the story takes on a life of its own, I figure I might as well write it down.

Sara:  Do you write an outline before every book you write?

Tracey:  Not a formal outline but lots and lots of notes. I always have a notebook with me (or I’ll type things into my BlackBerry). I scrawled nine words on a post-it note the other day; I’ll turn it into a full scene later.

Sara:  Is your writing space messy, organized or somewhere in between?

Tracey:  A little of both. I like to sit in my comfy writing chair (an oversized chair and ottoman set from Crate and Barrel). It used to look really nice but my laptop tray has ripped the slipcover and I have a tendency to spill coffee and diet coke on it. I have a little table next to it that is usually overflowing with scraps of paper, pens, and post-it notes.

Sara:  How did you choose the genre you write in?

Tracey:    I love to read contemporary romance and uplifting women’s fiction so that’s what I write. I want a book that will leave me feeling happy even if there’s some heartache along the way.

Sara:   How long does it take you to write a book? Do you ever experience writer’s block?

Tracey: It takes me 12-18 months. I don’t usually have writer’s block because of all the pre-planning I do before I sit down to actually write. If I do get stuck I fold clothes or go for a long drive; my subconscious has a way of figuring things out for me if I let my mind wander.


Sara: What is the name of your most recent release and if you had to sum it up in 100 words or less, what would you say?

Tracey: On the Island is my debut novel and therefore my only release. Here’s a quick blurb: An English teacher and the teenage boy she has agreed to tutor are stranded on an island when the seaplane taking them to join his family in the Maldives crashes in the Indian Ocean.

Let's talk about "On the Island" I was fortunate enough to stumble upon it on Amazon one day.

Sara: What was the inspiration behind "On the Island"?


Tracey: I loved the T.V. show Lost and I really enjoyed the movie Castaway. I’ve loved the desert island premise since my mom took me to see The Blue Lagoon when I was thirteen. I knew I wanted to write a desert island book, but unlike Lost, I wanted it to be a contemporary novel, without any supernatural elements. I wanted to try and make it as realistic as possible even though the odds of actually surviving something like that are very low. I'd probably last two days (if I was lucky).


Sara: What inspired you to pick an older women (teacher) / younger man (student) - A pretty BOLD theme for any debut author to pick?

Tracey: I knew I needed to have a compelling and interesting pairing for the main characters. I wanted to put two people on the island that shouldn’t ever be together and see what unfolded.

Sara: Were you wary at all of how this book would be perceived / received by readers?

Tracey: Yes! Terrified, actually. But that was part of the challenge. If I could make a reader care about the characters, maybe even fall in love with them a little bit, they'd be much more forgiving about anything that happened between them.

Sara: What was the hardest part of writing “On the Island”?

Tracey:  The research! On the Island takes place in the Maldives so I did extensive Internet searches to learn everything I could about a place that is very far away from where I live.
Quotes from the book:
“[T.J.] I pulled my arms out from underneath her body and tucked her hair behind her ears. “I love you, Anna.”
The surprised look on her face told me she hadn’t seen that coming.
“You weren’t supposed to fall in love,” she whispered.
“Well, I did,” I said, looking into her eyes. “I’ve been in love with you for months. I’m telling you now because I think you love me too, Anna. You just don’t think you’re supposed to. You’ll tell me when you’re ready. I can wait.” I pulled her mouth down to mine and kissed her and when it ended, I smiled and said, “Happy birthday.”
― Tracey Garvis-Graves, On the Island


“[T.J.] I kissed her as soon as we were inside her apartment, and I wasn’t gentle about it, holding her face firmly in my hands and pressing my lips hard against hers. She wasn’t anyone’s to own – I knew that – but right then she was mine.”
― Tracey Garvis-Graves, On the Island

Sara: Will you have a new book coming out soon? Can you share a little of your current work with us?

Tracey:  I'll have a new book out this fall. It’s women’s fiction and the title is Covet. Here is the tagline and a brief description from Goodreads:


What if the life you wanted, and the woman you fell in love with, belonged to someone else? Here's the description:

Chris and Claire Canton’s marriage is on life support. Downsized during the recession, Chris copes by retreating to a dark place where no one can reach him, not even Claire.

Daniel Rush had it all, until a tragic accident took away everything he cherished. A chance meeting with Claire sets in motion a chain of events that will leave three people questioning their choices and dealing with the aftermath of their decisions.


Sara:  Would you rather be ugly and loved or beautiful and lonely?
Tracey: Ugly and loved.

Sara: What would you do if you had a time machine?
Tracey: Go back and make adjustments to my 6th grade wardrobe.

Sara:  Which super power do you like to have and why?
Tracey: I would like to be able to fly.

Sara: Red or white wine?
Tracey: White. I actually prefer red but it gives me a horrible headache *while* I’m drinking it.

Sara:  Do you have anything specific that you want to say to your readers?

Tracey:  Yes. I’d like to take a moment to express my heartfelt gratitude to the readers. On the Island is a word-of-mouth book and I want to thank everyone who has recommended it to a friend or family member. I’d also like to thank the book bloggers who’ve reviewed the book and shouted their love of it from the rooftops.


Author Bio:
Tracey Garvis Graves lives in a suburb of Des Moines, Iowa with her husband, two children, and hyper dog Chloe. On the Island is her first novel. She blogs at www.traceygarvisgraves.com using colorful language and a snarky sense of humor to write about pop culture, silly television shows, and her suburban neighborhood. She is hard at work on her next book. You can e-mail her at traceygarvisgraves@yahoo.com. She’d love to hear from you

GIVEAWAY! Leave your email in the Rafflecopter Widget below and Post a comment telling us   "One thing you would want with you if you were stranded on a deserted island"


Chance to win: 1 signed copy of "On the Island" and 2 smashbook Coupons

Email ThisBlogThis!Share to TwitterShare to FacebookShare to Pinterest
Labels: On The Island, Tracey Gravis - Graves 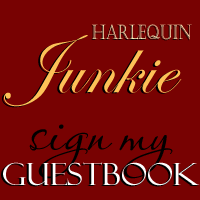